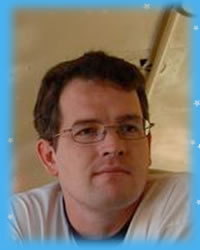 Rob Huddleston has been developing web pages and applications since 1994, and has been an instructor since 1999, teaching web and graphic design to thousands of students. His clients have included the United States Bureau of Land Management, the United States Patent and Trademark Office, the States of California and Nevada and many other federal, city and county agencies; the United States Army and Air Force; Fortune 500 companies such as AT&T, Bank of America, Wells Fargo, Safeway, and Coca-Cola; software companies including Adobe, Oracle, Intuit and Autodesk; the University of California, San Francisco State University, and the University of Southern California; and hundreds of small businesses and non-profit agencies, both in the United States and abroad. Rob is an Adobe Certified Instructor, Certified Expert, and Certified Developer, serves as an Adobe User Group Manager, has been named as an Adobe Community Professional for his volunteer work answering user questions in online forums and also helps users as an expert moderator on Adobe’s Community Help system. Rob lives in Northern California with his wife and two children.

Learn how to create card flips in Catalyst, spinning planets from a single image and animated steam shovels without one stop in the Flash Script editor.

Rob is the author of the Flash Catalyst Bible, Teach Yourself VISUALLY: Web Design and the forthcoming Android: Fully Loaded.

Matt has authored the Flash and PHP bible, co-wrote the Java and Flex Integration Bible and Foundation Fireworks CS4.

Learn how to encode video for streaming and determine which browser and/or device to play it on.

Learn how to use the print design skills you already have along with exciting new features in Adobe Creative Suite 5 to jump-start your transition to web design. In this session, you'll gain an understanding of how print concepts like...